Since May 2021, the National Gallery-Museum of Alexandros Soutsou has welcomed visitors to its recently refurbished building. The new building complex, with its roots in the heritage of Greek modernism, is a contemporary cultural landmark in the heart of Athens. After the long absence of the main building of the National Gallery from the cultural life of Athens due to the expansion projects, the new facility aims to spread its work through an energetic connection between the urban and the museum experience.

The new modernized building complex of the National Gallery, an open space for access and familiarization with the history of modern Greek art, is articulated in an aesthetic and functional game of built volumes and outdoor spaces. Given the protected shell of the building, its total size was doubled to 20,760 m2: bigger exhibition spaces, contemporary art storage, a 240-seat auditorium, a two-storey art library, up-to-date conservation laboratories, modern offices, new educational areas, a large impressive lobby, where, in addition to the ticket office and the cloakroom, the museum shop and the digital information lounge are located, and finally, a garden-outdoor sculpture gallery and a stylish coffee shop.

More on expansion and renovation of the main building 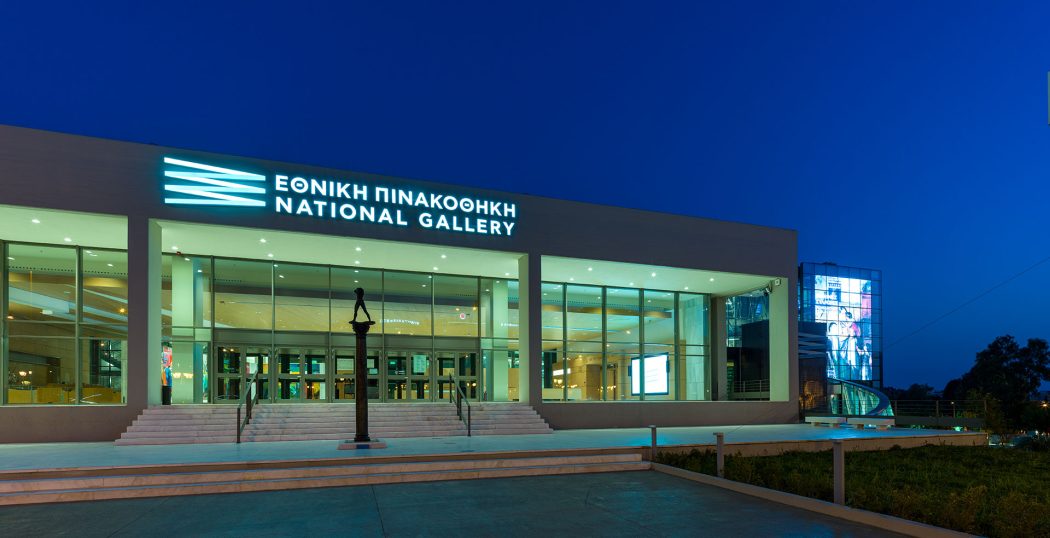 Admission up to one hour before closing. The use of credit cards is encouraged in all financial transactions in the Museum.

We inform the visitors that there is a security X-ray scanner for baggage inspection at the museum entrance.

Entrance to the museum will be held by priority.

Browse the renovated rooms of the permanent collections and discover more than 1,000 works of modern Greek art.

ΤHE SCHOOL OF THE IONIAN ISLANDS

TOWARD A GREEK MODERNISM

FROM SURFACE INTO SPACE 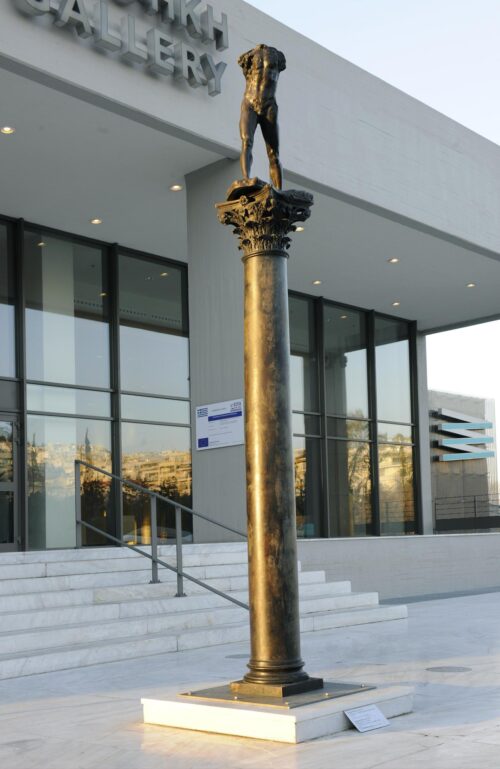 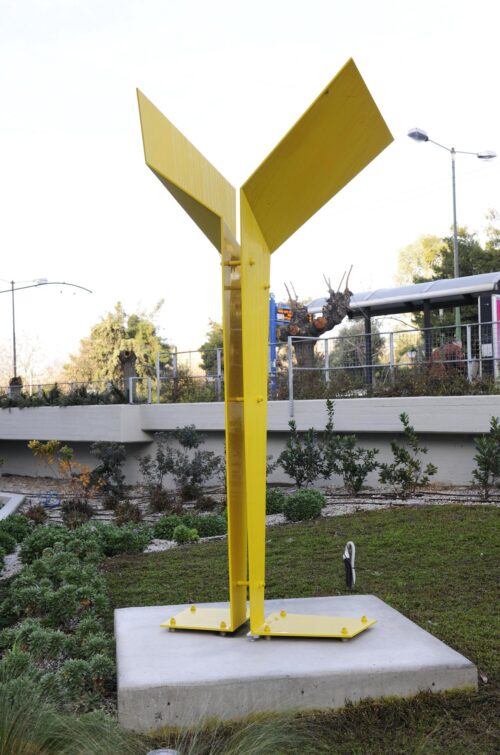 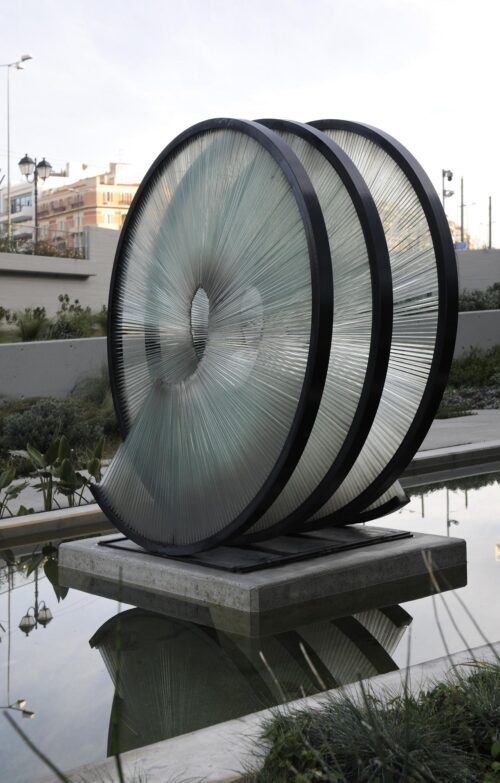 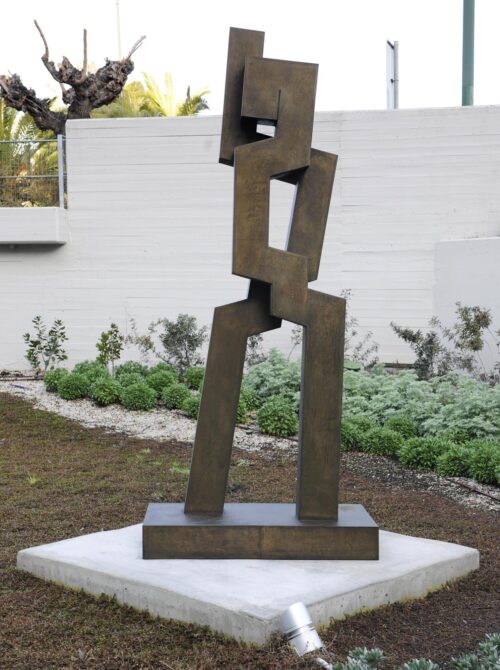 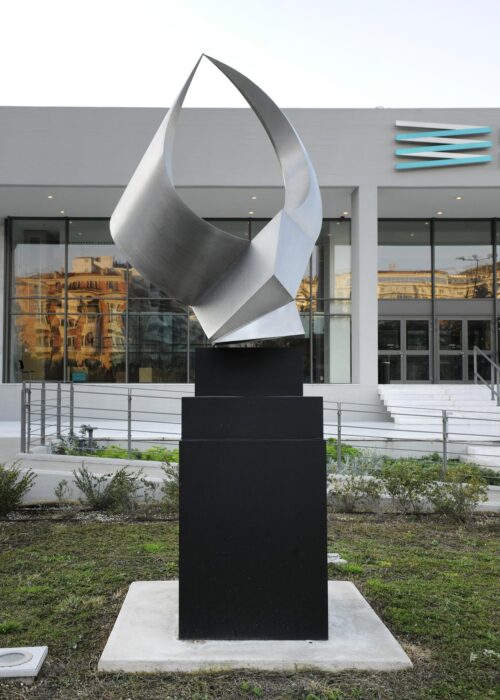 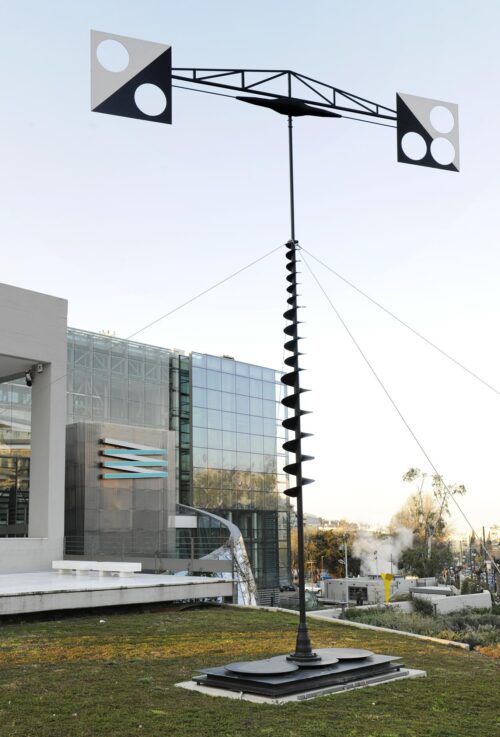 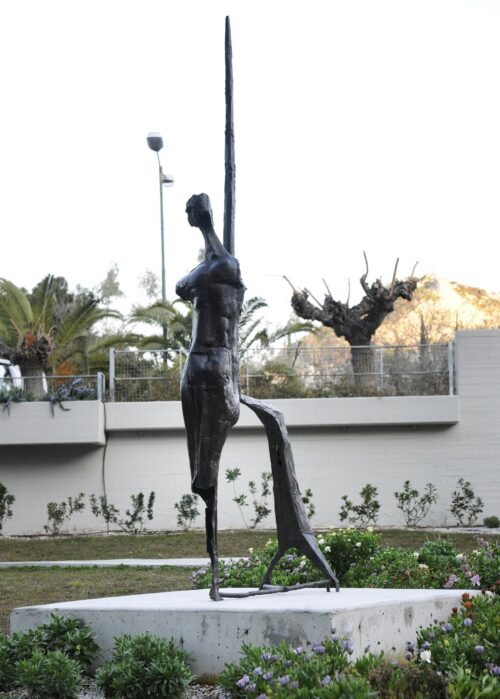 Figure (Woman of the Street) 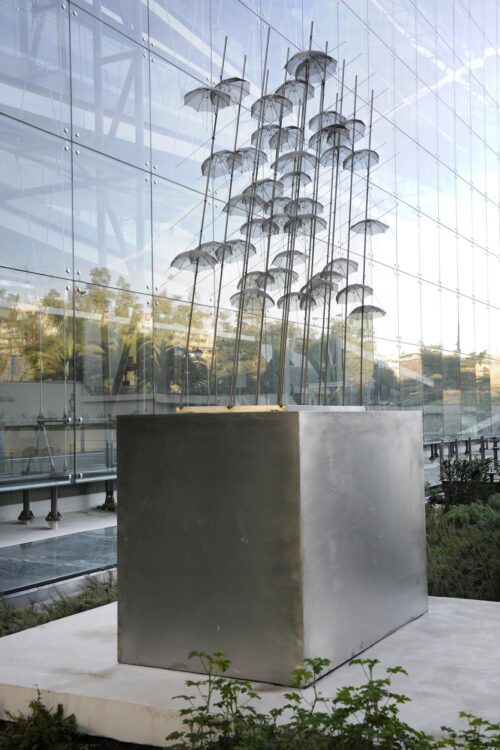 Explore the highlights of the National Gallery’s collections through audio descriptions.

Browse the renovated halls of the permanent exhibition of the Central Building and discover the treasures of modern Greek art.

Facilities for people with disabilities

On the ground floor of the building is the ILISSOS Café-Restaurant, which offers a variety of drinks, snacks, and meals.

The opening hours of the cafe-restaurant are the same as those of the museum.

The planting of the garden area of the National Gallery is based on the principles of sustainability and resilience. The area occupies 2,287 m2 and comprises 99 plant species, mainly native, but also exotic which, over the years, have been acclimatized to the local climatic conditions and have been integrated into the Greek cultural heritage.

The planting composition reflects seasonal change and is appealing throughout the year, as various ornamental characteristics of the plants are combined, such as diverse colors and textures of leaves and flowers as well as different flowering periods. Thus, the garden of the National Gallery forms a “living canvas” with a rich palette of shapes, colors and textures.

Among the selected species are plants that have been a source of inspiration for Greek artists and are depicted in actual artworks exhibited at the National Gallery, an aspect usable in the context of various educational programs organized by the museum.

In specifically selected places of the garden area, 8 important sculptures from the collections of the National Gallery have been installed. These works investigate some of the primary themes of modern sculpture: human figure (Avramidis, Kapralos), animal figure (Michalea), the object (Zongolopoulos), as well as principles from the wider field of natural sciences (Nikolaidis, Takis, Varotsos). At the main entrance of the museum, visitors are greeted by The Walking Man on Column, an emblematic work by the so-called “father” of modern sculpture Auguste Rodin, created in 1900, the year the National Gallery was founded.

Facilities for people with disabilities

During the overall museographic design of the National Gallery, both the architectural design of the interiors and outdoor areas, as well as the design of the signage and the digital applications and producers have complied with the standards of the relevant ‘Designing for All’ guidelines. Ramps and elevators to all levels of the museum, double heights on the handrails and reception furniture, extensive marking and orientation system, texts, subtitles and audio messages make the use of the public space friendly to all.

The entrance to the museum for the disabled people, is facilitated by a special ramp
and their access to museum’s different spots, is served by special signage.

For the use of the wheelchair that the museum disposes for its visitors, a telephone reservation is required at +30 214 4086201.

There are  bicycle racks, along Vassileos Konstantinou Avenue, where the main entrance of the museum is located.

The Export Certificates Office operates on Wednesdays and Thursdays, 11.00-13.00.

In order to obtain an export certificate, it is necessary to present the following:

– two A4 paper sheets for each artwork to be exported, with a color image and the artwork’s basic data: name of the artist, title, year, material and dimensions.

– an application addressed to the National Gallery, to be found here

– a copy of the identity card or passport of the applicant.

Non-Athens residents can send the above documents by courier. After the export certificate is issued, they will receive it by courier at their own expense.

The National Gallery – Alexandros Soutsos Museum accepts and processes requests and questions related only to the works belonging to its collections. It does not opine about issues of attribution or authenticity, nor does it provide assessments or expertise on privately owned works.

The auditorium has a capacity of 240 seats and is available for hosting conferences, lectures and corporate events.

The venue is equipped with the latest audiovisual technology and offers simultaneous interpretation. Specifically, the venue’s Shure integrated conference system supports, the chair, the podium, and the three interpreters’ cabins, offering wireless headphones to the audience. The audio signals are routed through a multichannel digital sound console. The auditorium is also equipped with a projector for presentations, high-resolution cameras for videotaping the events, a live-montage console and the capacity for live broadcasting via the venue’s broadband connectivity.

For additional information and reservations, please contact the secretariat at this email address: [email protected] or call +30 214 40 86 222.

We use cookies to make our site work properly, to personalize content and ads, to provide social media features and to analyze our traffic. We also share information about how you use our site with our social media, advertising and analytics partners. Read the Cookies Policy.

These cookies are necessary for the website to function and cannot be switched off in our systems. They are usually only set in response to actions made by you which amount to a request for services, such as setting your privacy preferences, logging in or filling in forms. You can set your browser to block or alert you about these cookies, but some parts of the site will not then work. These cookies do not store any personally identifiable information.

If you disable this cookie, we will not be able to save your preferences. This means that every time you visit this website you will need to enable or disable cookies again.

These cookies tell us about how you use the site and they help us to make it better. For example these cookies count the number of visitors to our website and see how visitors move around when they are using it. This helps us to improve the way our site works, for example, by ensuring that users find what they are looking for easily. Our website uses Google Analytics for statistics reporting.

Please enable Strictly Necessary Cookies first so that we can save your preferences!